The following people from the Area are willing to give club talks.

I took over as Public Relations Officer of the Great Britain R/C Aerobatic Association some 18 months ago. My first thought was that I should try to dispel the illusion that you had to spend a fortune on a model to compete in our domestic competitions. Encouraging club flyers to practice our entry level schedules with a view to competing was a priority. Our web site at www.gbrcaa.org will give more details.

Last year our Association was present at Sandown and we tried to make our Nationals flight line more informative for visitors. You may be aware that our Nationals flying programme was interrupted by the presence of the BBC who were filming, the results of which can be seen on BBC 4 at 8.30 on Thursday the 8 February. Marcus Brigstockes Trophy People covering some aspect of flying aerobatics is the third programme in a series of four on different subjects.

I wondered if any clubs in our Area would like a club talk on the GBR/CAA and competition aerobatics (F3A) at a club meeting. I would plan to bring at least a couple of models and be prepared to give a 1 to 1 ½ hours presentation with as much time as you wanted for questions. Some contribution to expences would be appreciated.

My background is: Building and flying model aircraft since 1955, Control Line aerobatics, sport Free Flight, R/C since 1960 and Competition Aerobatics (F3A) for the last 20 years. Secretary/Chairman North Anston Society of Aeromodellers since 1979.

The talk focuses on the difference between building & flying regular models and jets, split down into choosing and building a model jet, operating a model jet and flying a model jet. It takes about 1.5 hours depending on questions etc.

John’s background is 37 years flying RC including gliders of all types, electric models from the very beginning, scale glider completions, aerotowing, power scale, ducted fan and jets. John has been flying jets for around ten years.

To book John for a club talk telephone 0113 2192766 or email john.jmcnamara@ntlworld.com

Derek Round. Talk on Development of Radio Control in the 50’s and 60’s 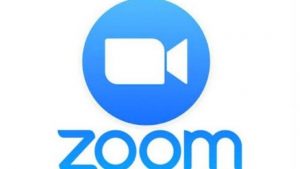 Submit a new Event for Publication